“Rob was a joy to be around, he loved Elizabeth Taylor and was camp in the best possible way. He was always there for anyone who needed anything. He gave his life to helping others in his community and he had the patience and empathy of a saint.”

SAMESH staff, volunteers, community members, and clients were saddened by the death of Rob Willoughby in February this year.

Rob touched the lives of so many people over the years. While this loss will be felt by many in the community, SAMESH celebrates Rob’s life and his positive impact on the world. We’re taking the time to showcase Rob’s legacy with quotes from friends and colleagues.

Rob was a humble man who didn’t seek the limelight, but we can’t allow his passing to go unacknowledged.

“Rob valued social justice and would always work so hard to support the most marginalised communities, even if that meant that he had to directly challenge institutions about human rights and basic health and well-being in order to ensure the best outcome for his client! Rob was not afraid to speak his mind when he felt passionate about these values and could see injustice being done. Rob will never be forgotten but always remembered with affection and gratitude for all that he achieved and all the support he willingly and tirelessly offered to any who were in need.”

“Rob was one of the few genuine people I had the pleasure of meeting and his presence will have a lasting impact on me. He was highly respected by all, and always had time for a chat about any topic and a welcoming smile. He had that ability to make you feel like you mattered. Rob was one of the genuine real good guys and I am privileged to have worked with him.

Before retiring, Rob was a counsellor with the SAMESH team. Rob previously held a similar roles with both Gay Men’s Health at Relationships Australia South Australia and at the AIDS Council of South Australia. In the face of organisational upheavals, Rob was instrumental in making sure that counselling services continued to operate. He was committed to working with gay men and other men who have sex with men as well as people living with HIV and viral hepatitis — offering his wisdom and empathy. “Rob always seemed to be there when I had an issue I needed to discuss – he was sincere, compassionate and never one to shrink away from questioning authority when something wasn’t right. He always had a level head about whatever drama was unfolding, too”.

“Rob’s door was always open, and he was always down for a chat. He cared about his colleagues as much as his community. His commitment and compassion is something I will always remember.”

“Rob frequently greeted me with a smile, followed by ‘How can I help you dear?’; always listening to the answer and then sharing pearls of wisdom. Rob’s life was one of service to our community.”

Some of the SAMESH team had worked with Rob for the past twenty years. He dedicated decades of his life to the sector. It was never just a job to Rob – it was a passion. Rob knew life on both sides of the fence — as both funder and community worker, employee and community member. As a result, he possessed the ability to see all sides of a situation.

“Rob was always generous with his time and knowledge, along with being a comforting ear to his colleagues and community. He was a no-nonsense person and while we may not have always wanted the advice he provided, it was probably what we needed to hear. Listening to stories of his life was equal parts hilarious, fascinating, and eye opening – helping us to appreciate the freedoms we have today as LGBTIQ+ people. It was an honour to know and work with Rob and he will be missed by many.”

Rob was born to the late George and Joyce Willoughby. His sister Barbara was 10 years older than him, while his sister June was one year younger. In the 1970s he worked as a Lab Technician for IMVS at the STD Clinic while he studied part time for a social work degree. He worked with young men dying of AIDS in the Royal Adelaide Hospital in the early days, and his commitment to this community never wavered.

“Rob was such a strong advocate for gay men/MSM and HIV positive people at a time when there was lot of discrimination, fear, and stigma.”

Highlights from Rob’s career include:

“Rob was so incredibly helpful, encouraging and generous with his time and resources. He was knowledgeable, skilled, a sensitive group leader and good fun. Rob Willoughby, you’ve been a guiding light for so many and you will always be a shining light for me. Farewell ma dear.”

“Rob was a kind and generous man. At the same time, he knew how to set boundaries and wouldn’t stand for any nonsense! He has personal stories of life before the decriminalisation of homosexuality that would make your hair stand on end. His own resilience helped him to foster that quality in others. He made an impact on so many people over the years in his both his personal and professional life. The one informed the other. And we all know he was a bit in love with Elizabeth Taylor!”

Our sincere condolences to all who knew and loved him.

Vale Rob Willoughby. We hope you finally got to meet Elizabeth Taylor already. 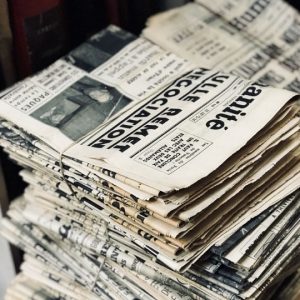 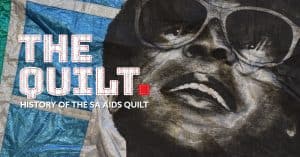